How to merge texts in Excel

This is an overview of functions and tools, that can be used to put multiple text strings together.

CONCATENATE is a function, that simply merges multiple strings into one.

This function has one disadvantage -  it only can merge separate cells, and not an area. And, besides, its name is difficult to remember for beginners 🙂

CONCAT works similarly to the previous function - but it is able to merge whole area (like A1:C10).

Unfortunately, CONCAT is not working in all Excel versions (summer 2018), so it can be little bit tricky to use it if you don´t know exactly, who is going to use your sheet.

Unfortunately, it only merges single cells - not an area (similarly to CONCATENATE).

TEXTJOIN works similarly to CONCAT, and besides, it can separate merged values by some character or string (semicolon, space, comma...).

Similarly to CONCAT, this function is still not available in all Excel versions.

Text string can be, off course, also merged in Power Query. 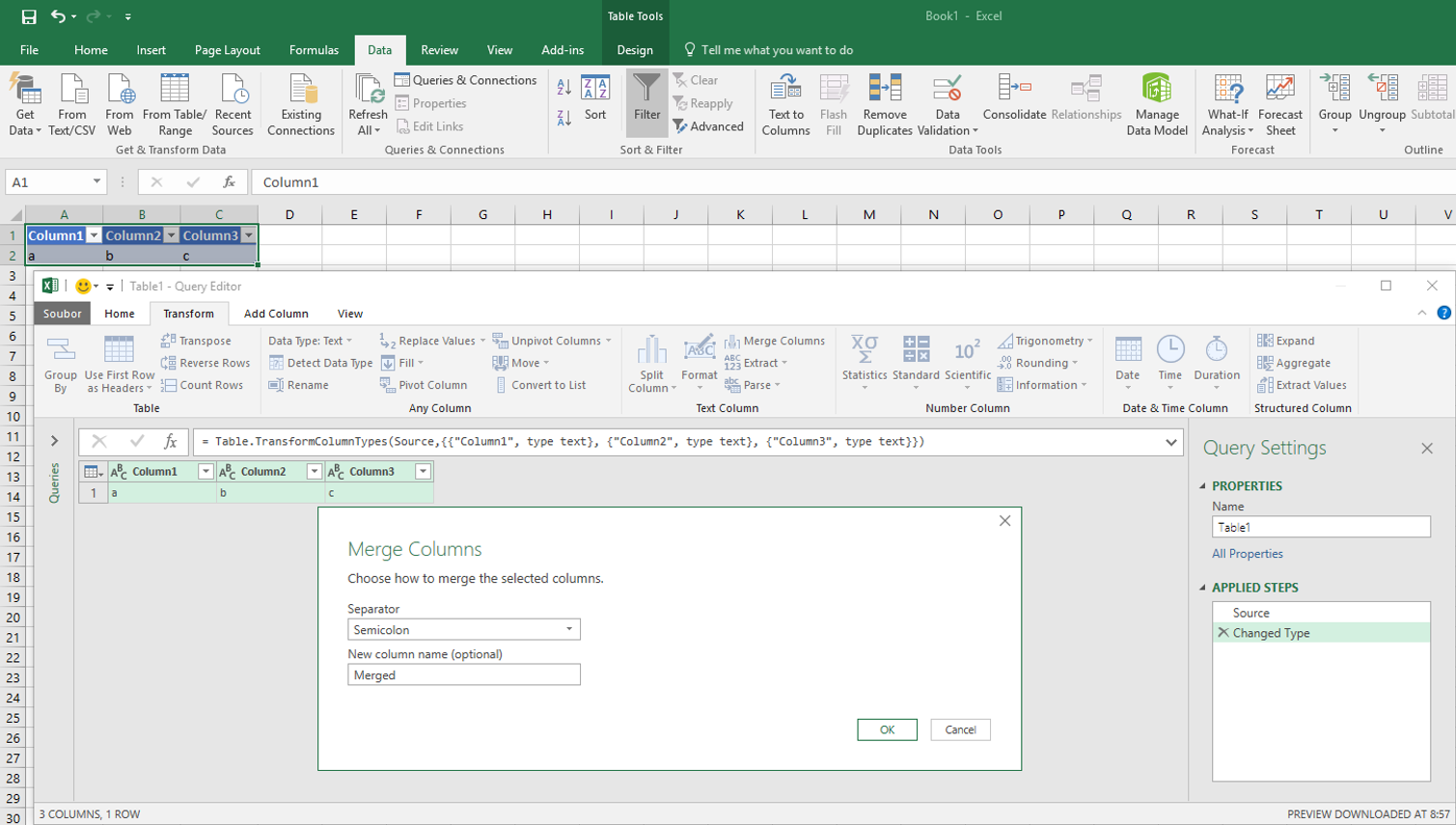 Text merging in queries is hard to compare with functions - it works on different principles.

Well, there are many other ways, like DAX, VBA, Microsoft Query - and still I probably forget something...