What is Parse JSON for?

It can "split" an object, which in Power Automate is often defined by JSON, into specific parts (columns), that can be referenced by subsequent actions in flow.

You need this in almost every workflow - because the structure written in JSON is used very often, even if it is not visible at first glance.

Your data looks like this. They can be written directly, come from an API, or appear in any previous step. 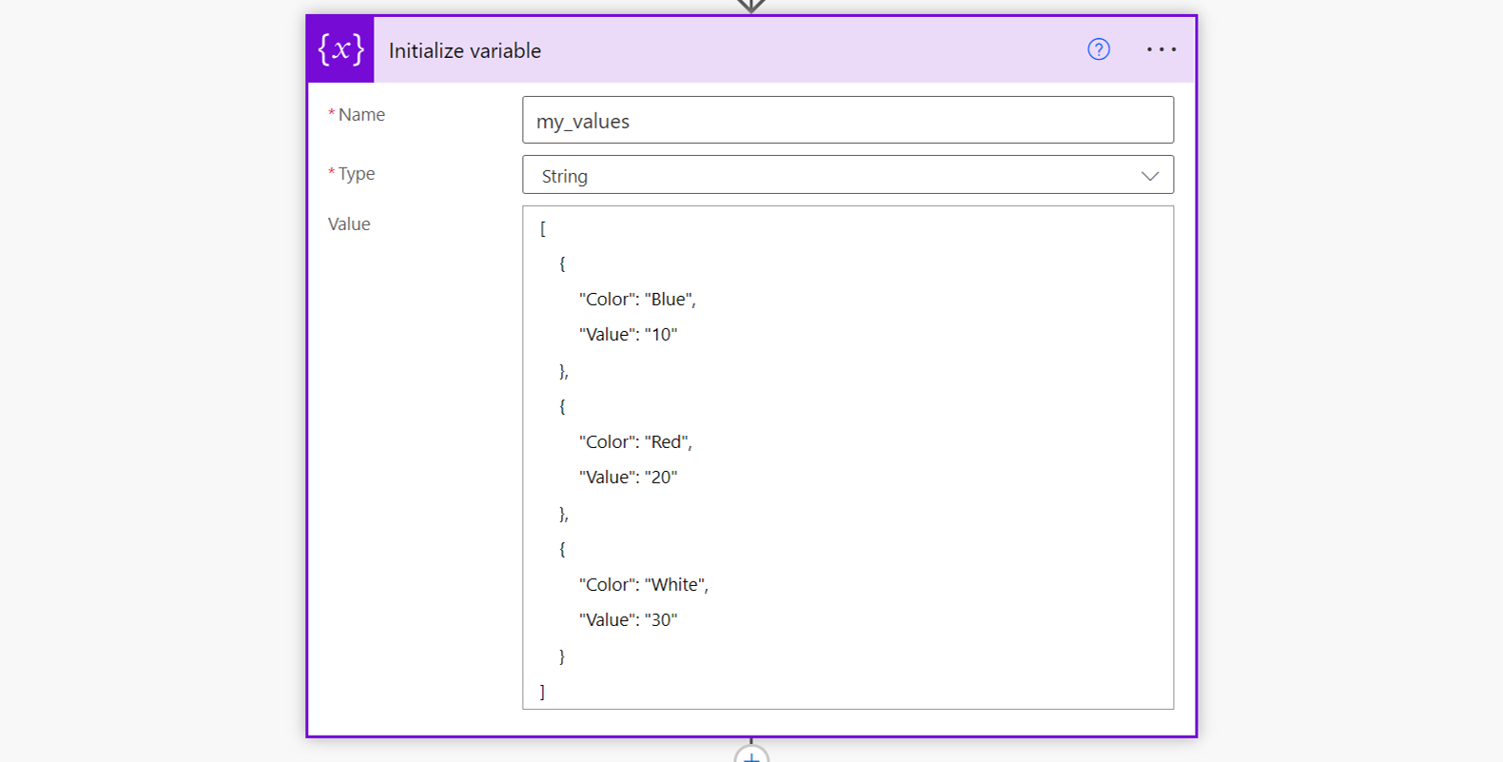 But if they are like this, the next steps can only access the entire object. This is usually not enough for us - because we need to reference specific values from columns.

But if we insert the "Parse JSON" action:

we can use values from all the columns that the JSON contains (and since multiple rows are calculated, usually these steps are wrapped in an "Apply to each" loop). 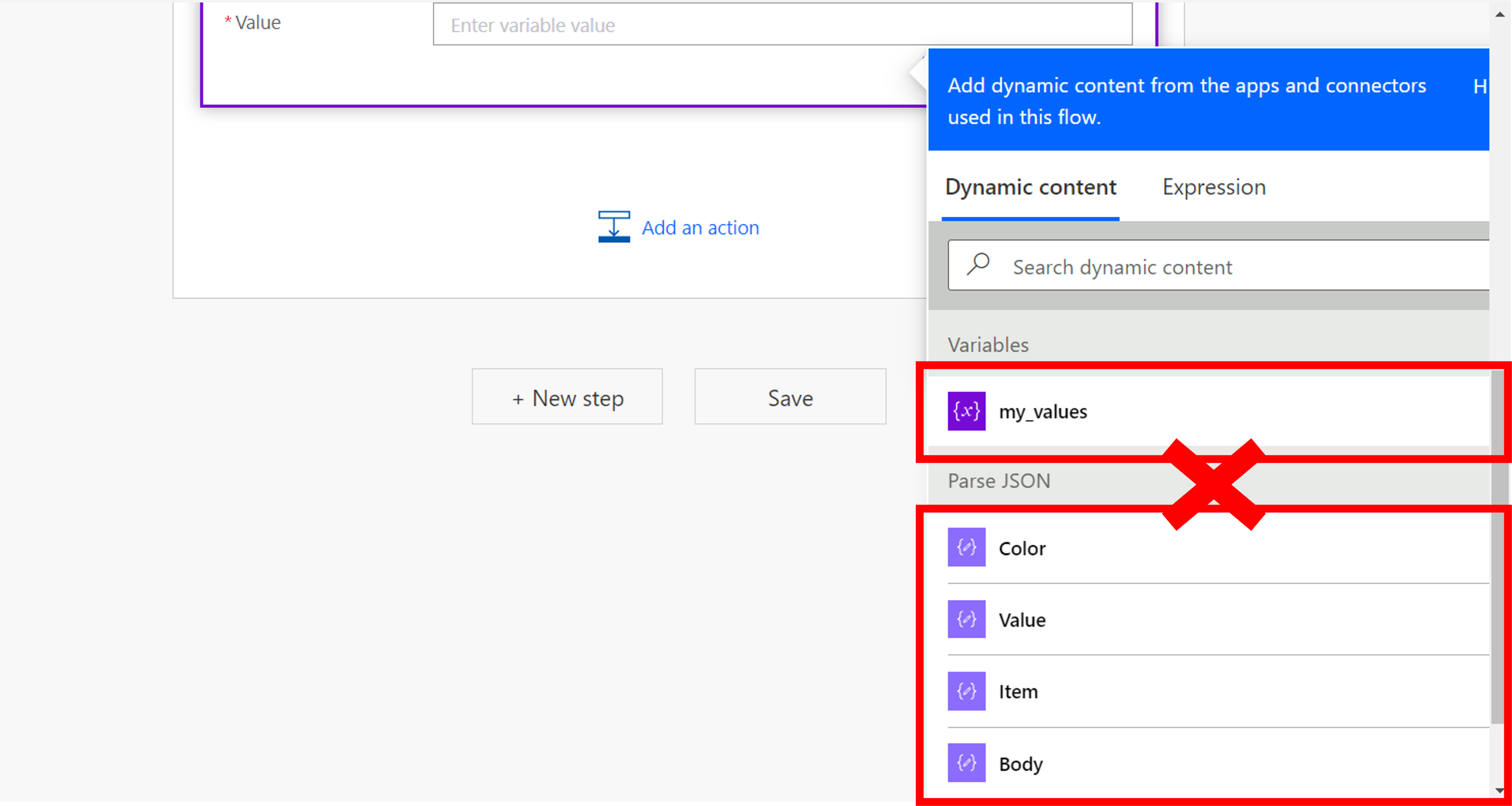 How to insert Parse JSON step

It is easy to insert this step, but you need to write a JSON scheme in it. Actually, you don't need to write the schema really, just let it create automatically from an example.

Just start Power Automate (without the Parsing step) and click on the action that creates the parsed step. In results of testing, the output of the action can be seen: 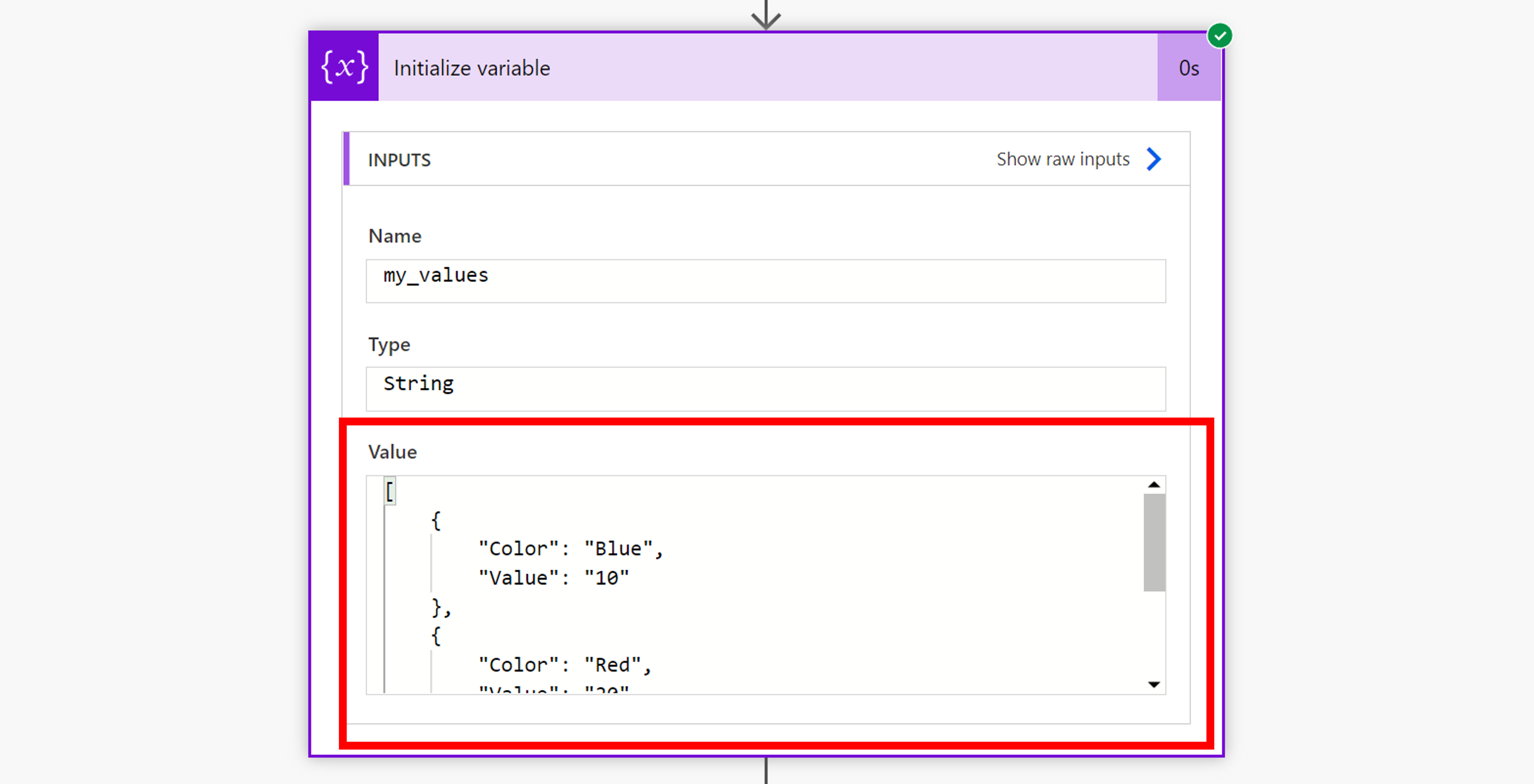 Just copy paste it into the sample for JSON creation: