These two functions may seem similar to someone - because they are used in situations that may seem similar. So what do DATEADD and PARALLELPERIOD have in common? Both, for some period, assign values for some other period. Like five months forward, three quarters backward etc. It works for days, months, quarters and years.

So how do these functions differ?

DATEADD shows always the equally long period, but moved backwards or forwards by some number of years (quarters, months, days...).

For example if you move two quarters backward:

PARALLELPERIOD shows always the length of period you define in syntax (year, quarter, month...), regardless of context.

For example if you move two quarters backward: 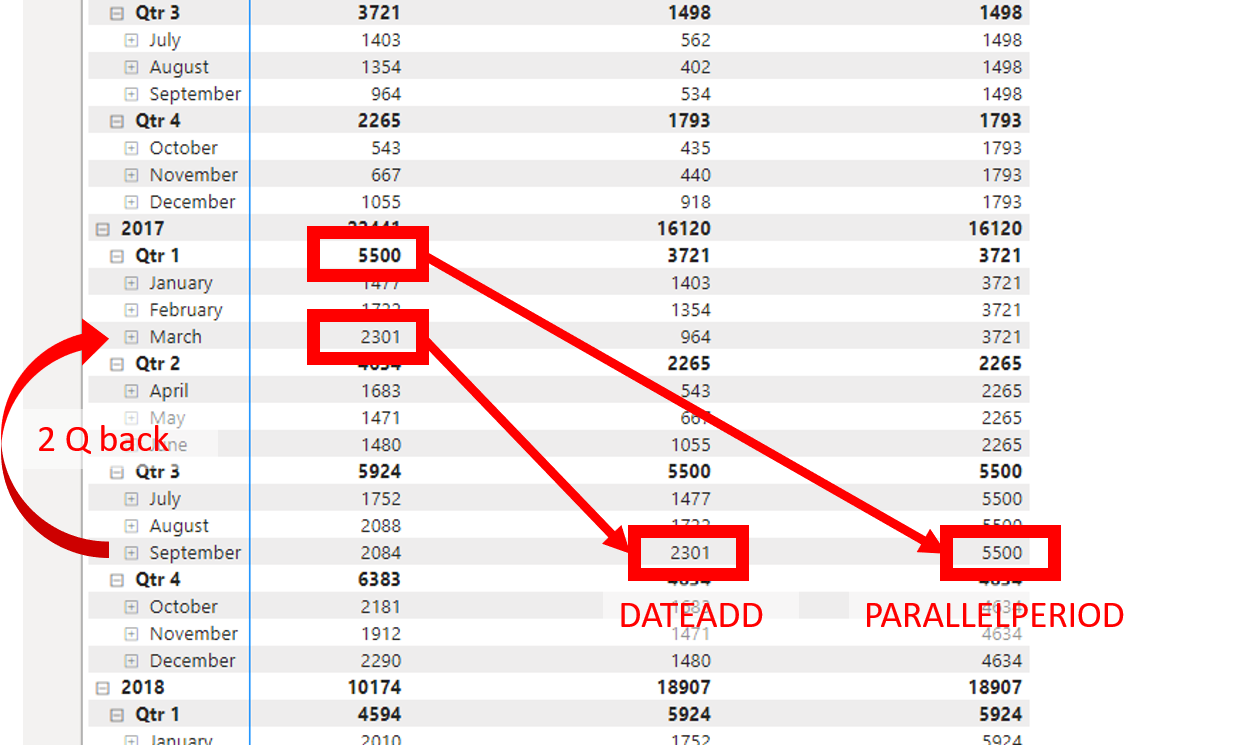