Key influencers is a visual that not only displays data, but also cleverly analyses it and searches for its interrelations – similarly as it does datamining add-in in Excel.

We use the following table where we search for groups of users that have the strongest tendency to buy certain products. 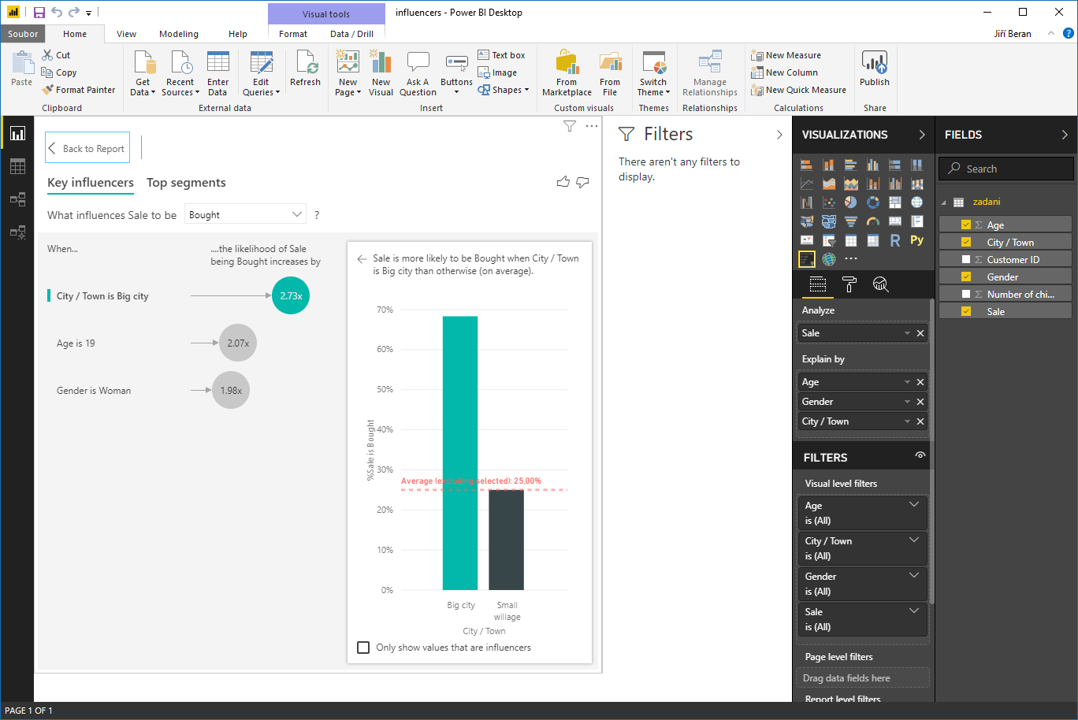 The visual shows tightness of dependencies. We can click on each bubble and see the graph depicting each dependency in more detail.

This visual works certainly also with slicers or in combination with another graph – for example, the respective dependencies can be depicted as representing only women: 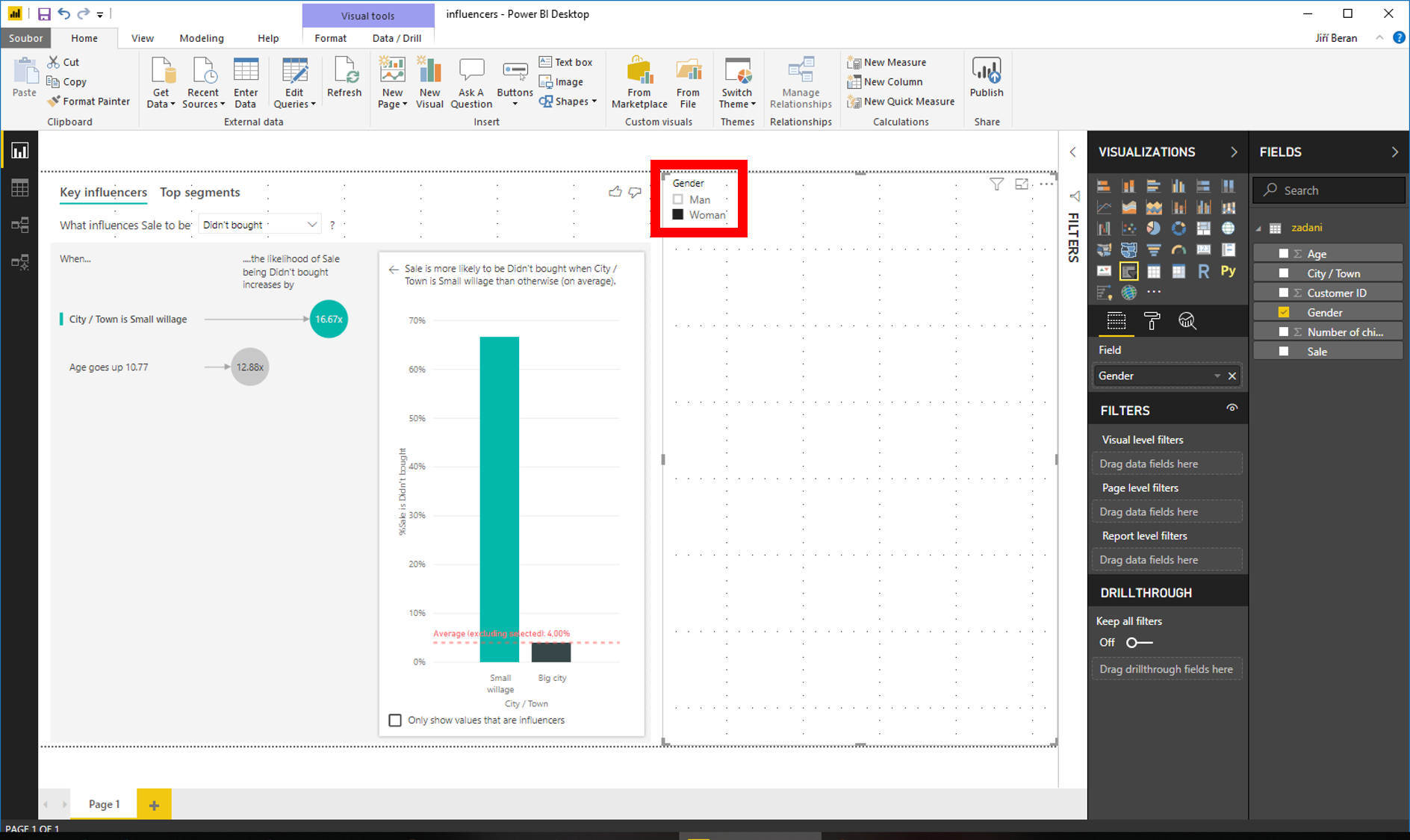