The basic of Power BI concerns mostly on data loaded from external sources, but sometimes it is much easier to write them directly in the app. Of course, this is usable only for small tables, that don´t change too often.

It is very simple. In Power BI Desktop just open the editor by clicking on Edit and then create and fill the table. 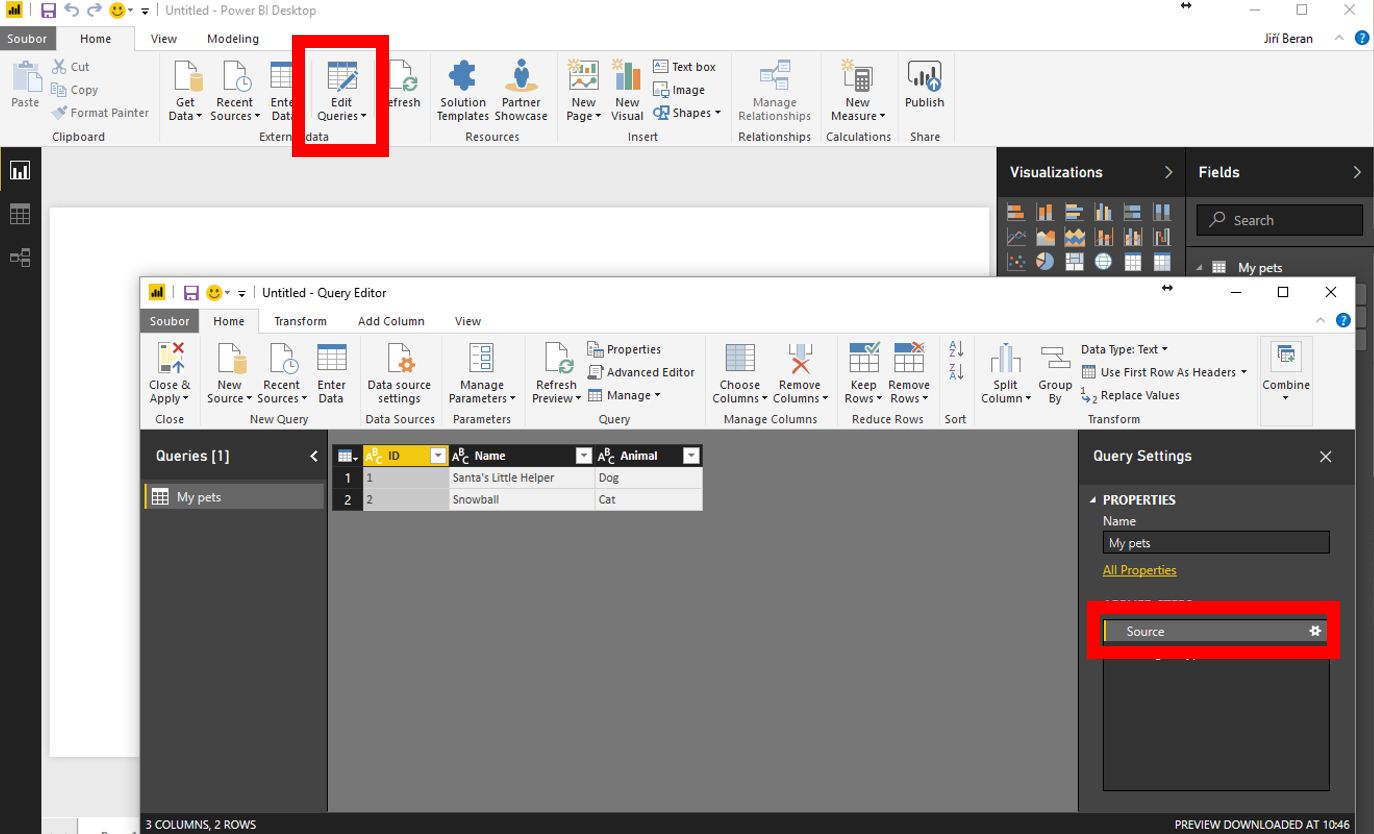 The table works as any other data source in Power BI - which means we can Load it or Edit it.

It took me some time to find how to go back to data and modify the values, but it is simple. Just go to Edit Queries and doubleclick on first row of query, which defines the source of query.

Two notes at the end: