A "Pipeline" is a tool for reports deployment. Be careful - it only can be used in a Premium licence model. 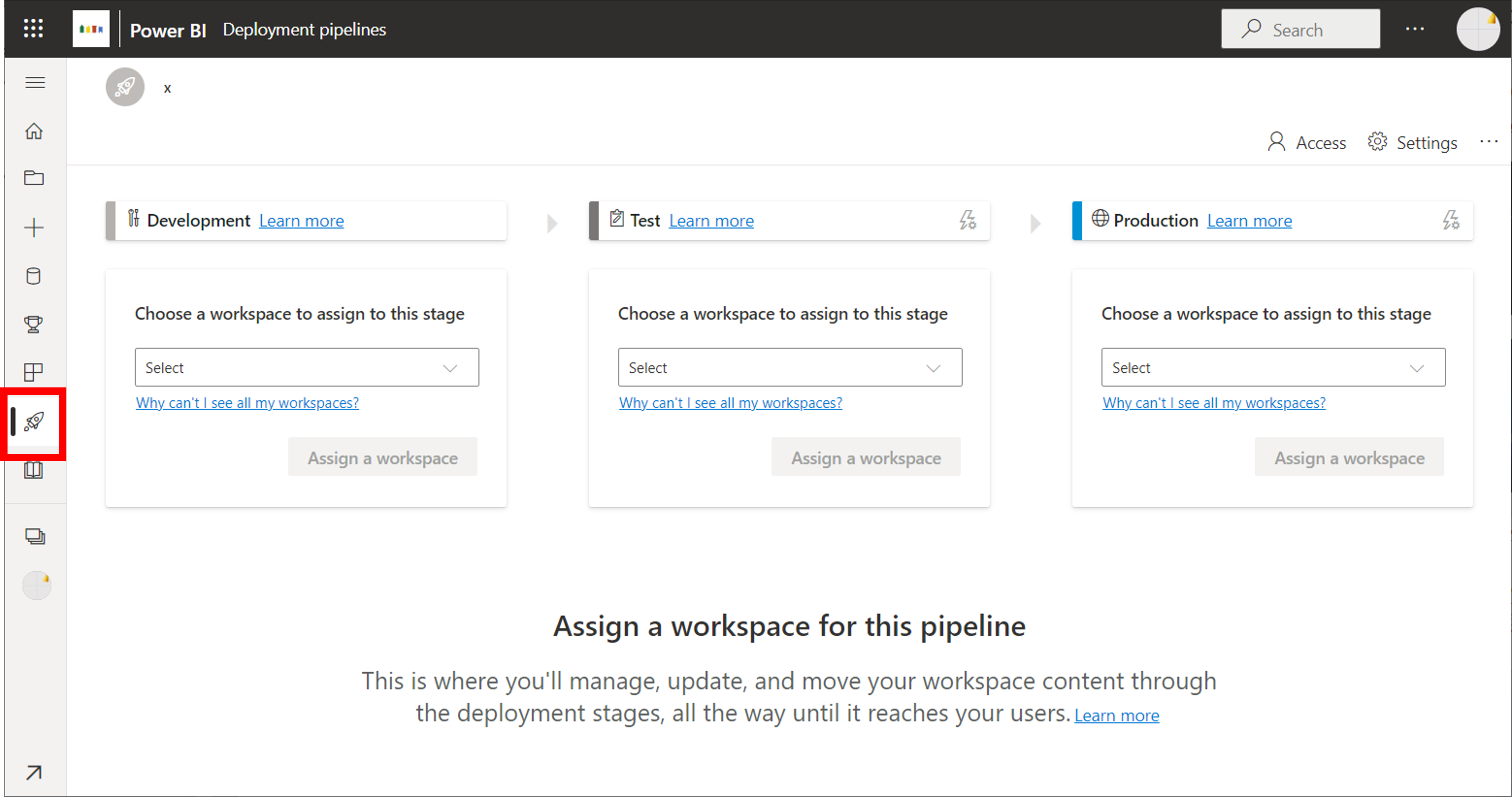 Assign previously created wokrspaces. They have to be created in a Premium way, otherwise you won´t see them here. 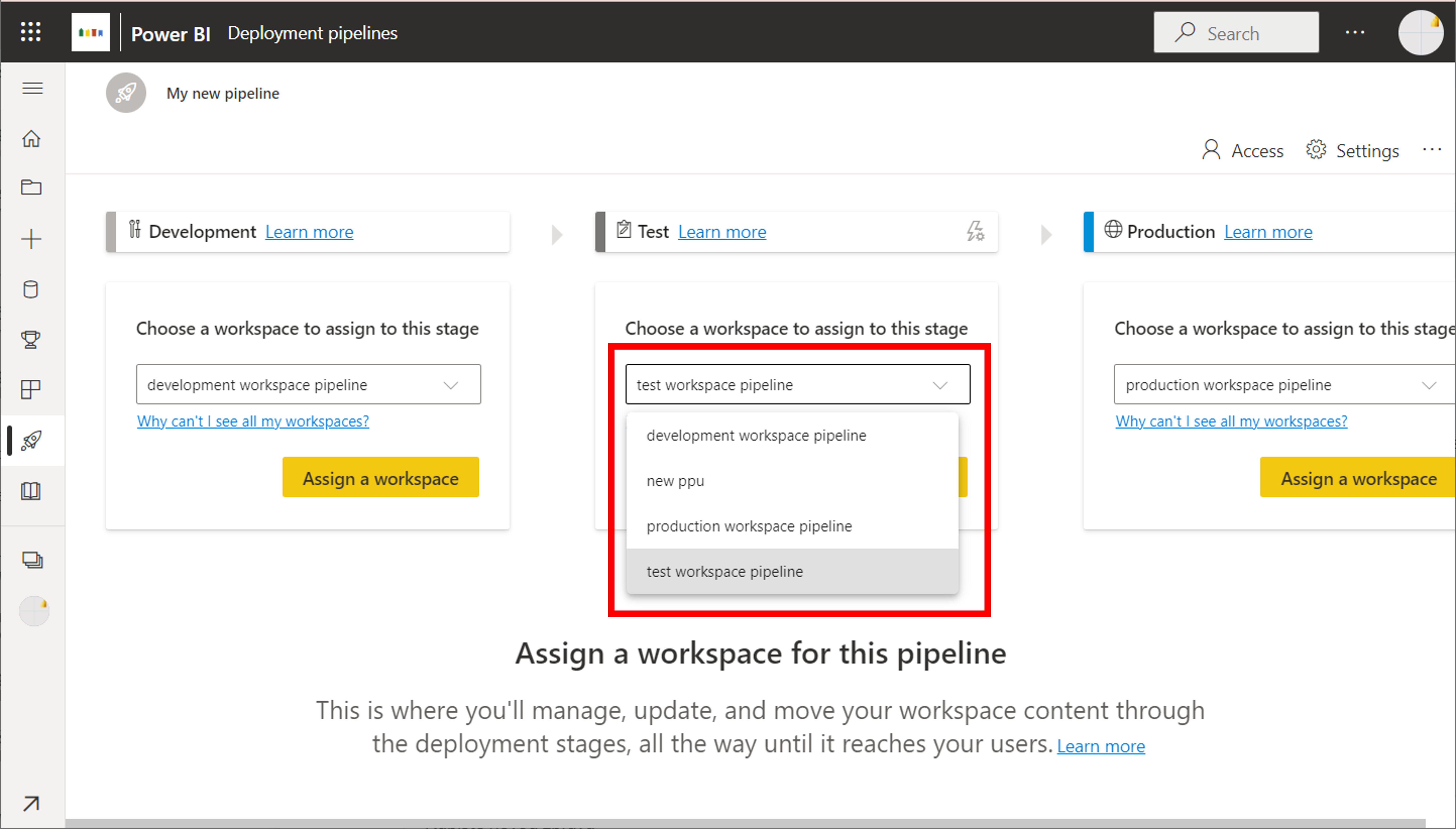 If, in same phase (i mean in connected workspaces) appears new content (published from outside or deployed from previous version), we can see there is something different between these two workspaces. Changes can be displayed in detail.

The content of workspaces can be simply deployed from one workspace to another.