This article deals with multiple way how to work with linear regression in Excel.

But... what exactly is a linear regression?

Linear regression is relation of two variables (=columns of data), when one depends on the second. This relation can be described by an equation y = a*x+b. In another words, when this relation is visualized in chart, it makes straight line. If you are interested in nonlinear regression, click here.

For now we will not consider any factors except of ice cream portions and temperature. 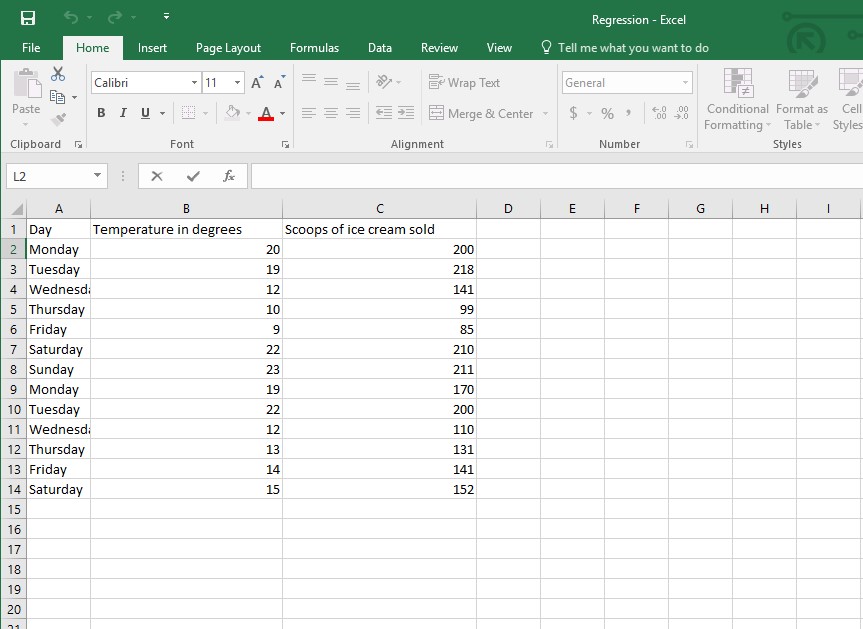 How to do it

The linear regression is described by equation y = a * x + b. In this case - number of ice creams sold = a * temperature + b.

There are multiple ways how to find "a" and "b".

LINEST works similarly to INTERCEPT and SLOPE, but it has to be used as a matrix formula. Which means select two cells, type =LINEST(C2:C14;B2:B14) and press Ctrl + Shift + Enter. The parameters a, b appear in the cells.

Possibly the most understandable way how to find parameters is their visualization. You can select all the table with headers and insert scatter plot. In a chart you can see the relation - if the points make some line. 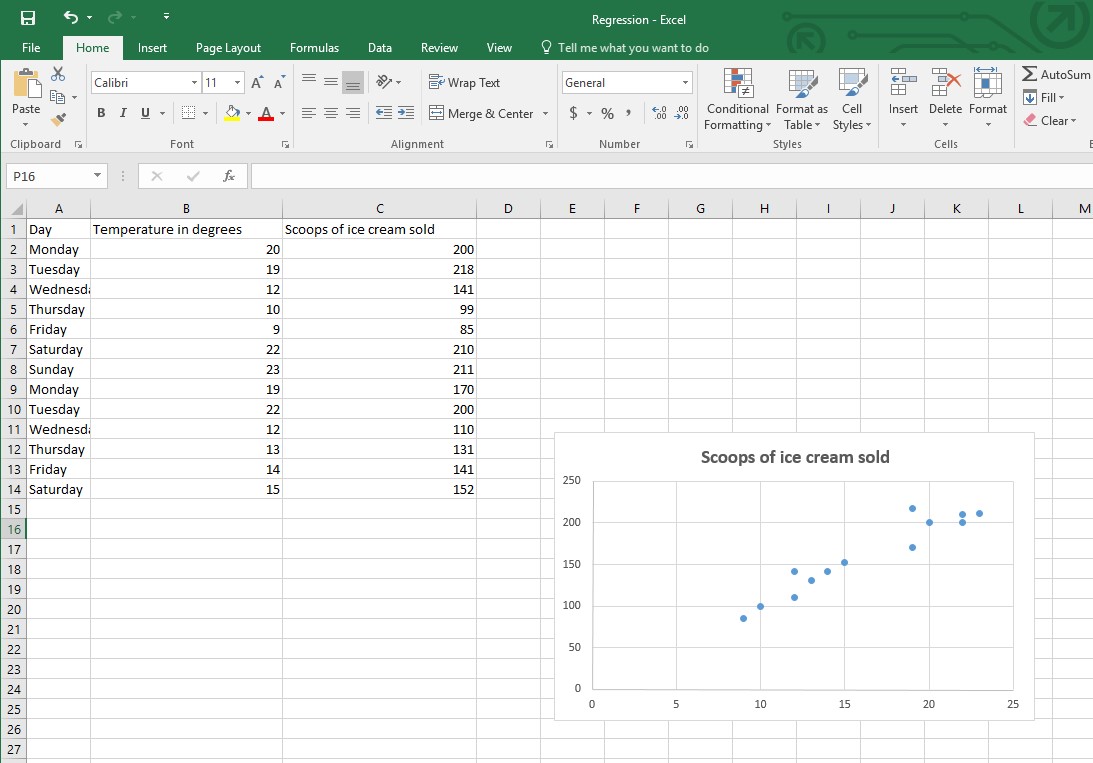 Right click on some of the point and then "Add trendline". 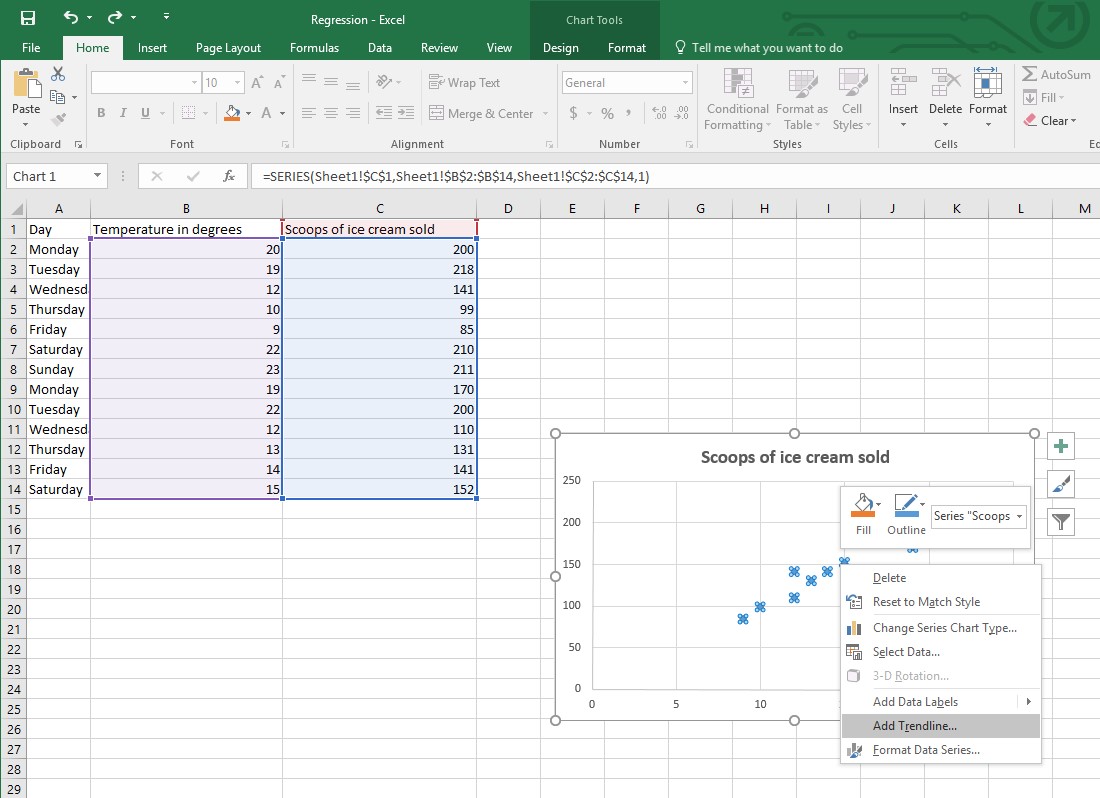 Select the proper trendline shape on the right pane and check Display Equation on Chart. 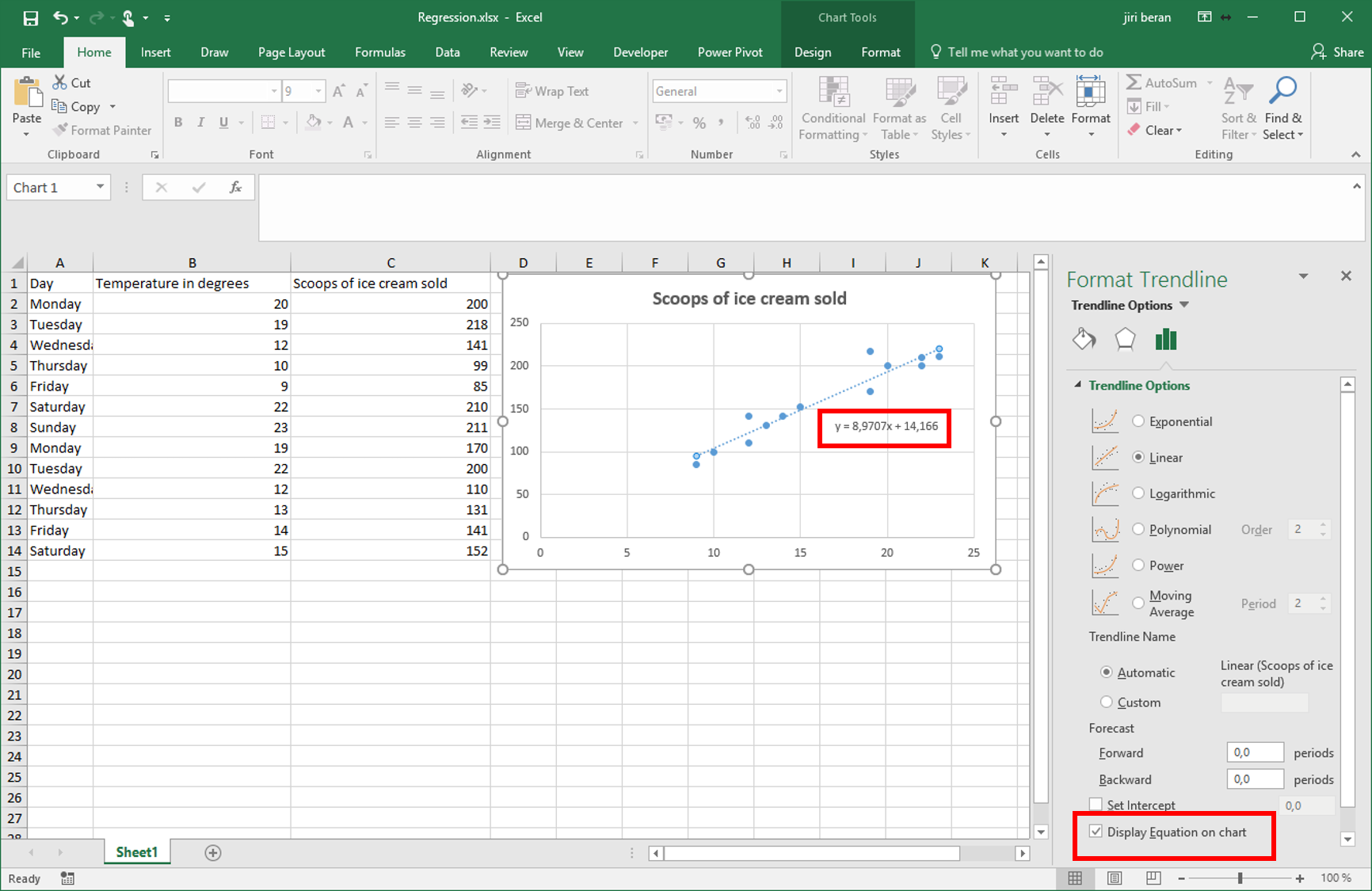 Now there is a line in chart, presenting the dependency.

Parameters a and b aren´t the only characteristics describing linear regression. If you need something more, you can use Analytical tools.

Now we can see the Analytical tools in Data ribbon. 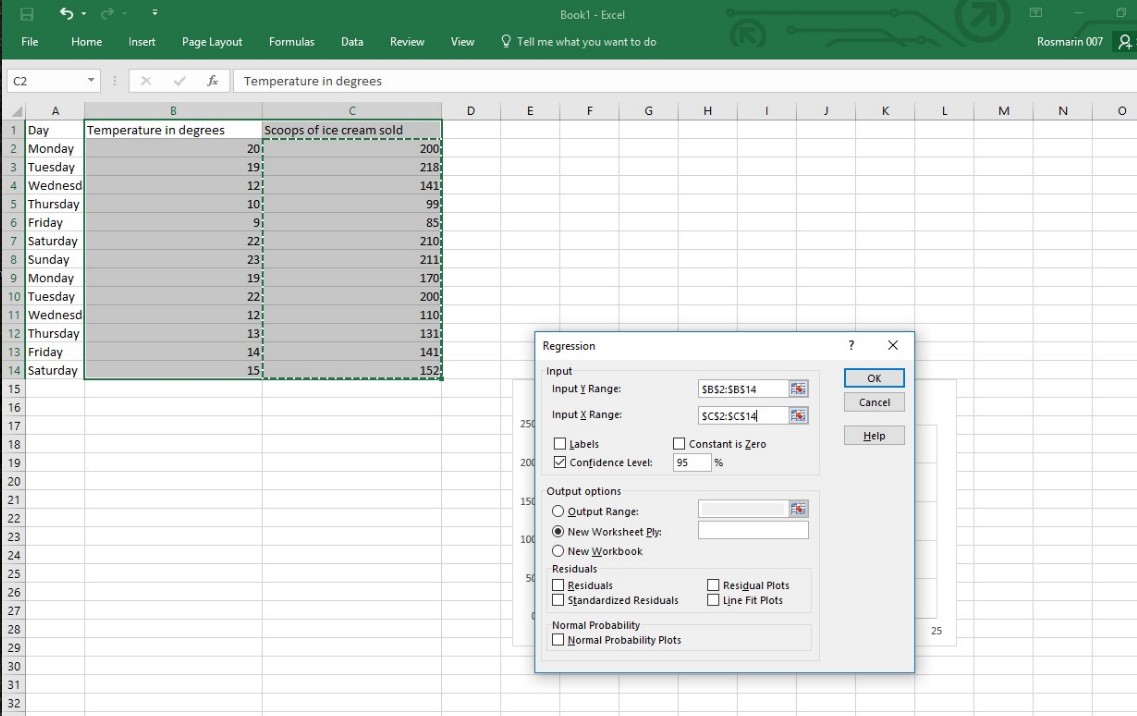 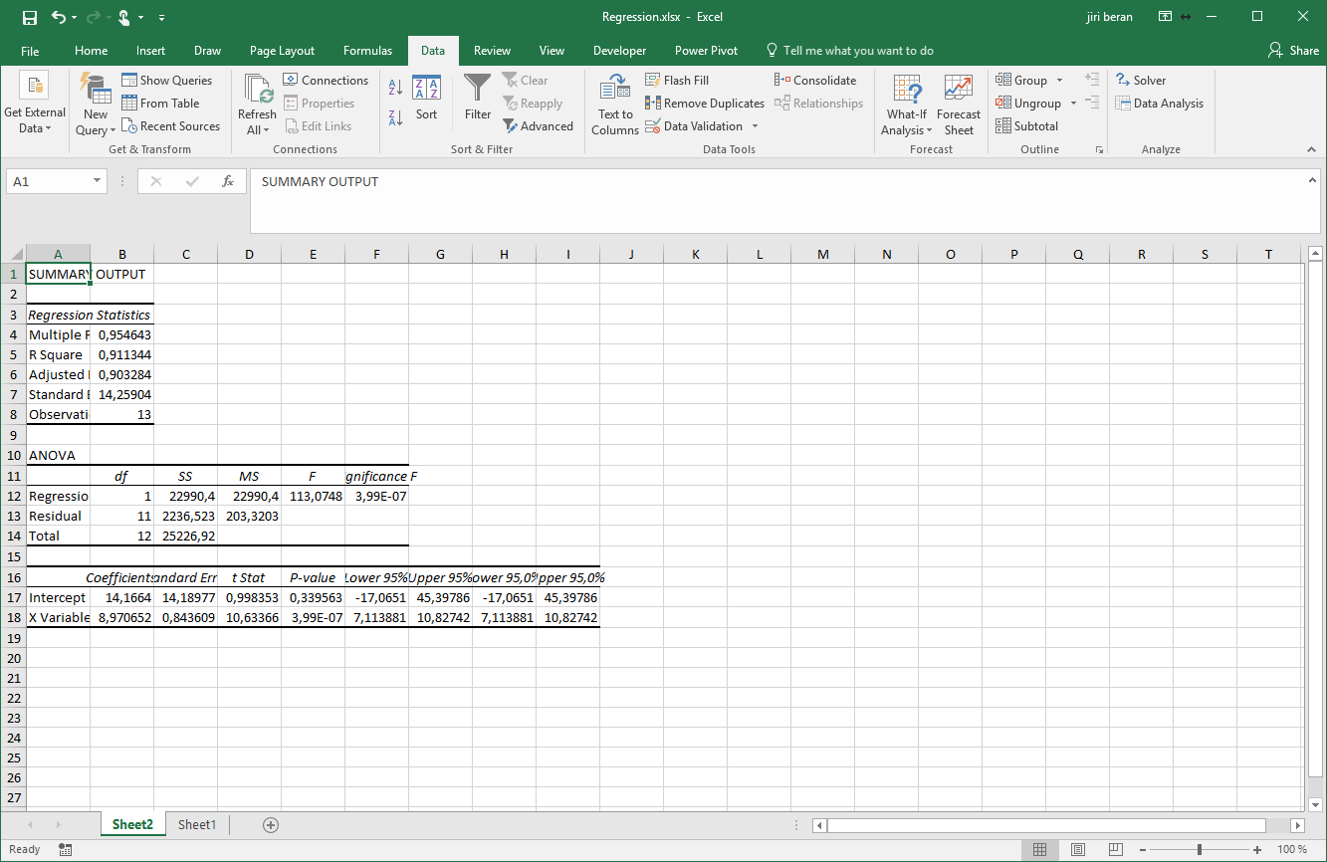 Regardless which way was selected, the a and b characteristics will be the same. So if I knew that tomorrow should be 17°C, I can estimate the sale of 166,7 ice cream portions.