The sum of values ​​from the beginning of the year is generally quite simple in DAX. For calendar year, we will use something like:

If it is a fiscal year that starts in January, February, April... i mean at any month except March, then just add another argument declaring the end of year:

But what to do if the last day of the fiscal year falls at the end of February, which is one day longer in leap years?

For that, we have to use a more complicated formula. The original is from web, I´ve just added comments.

If you're just concerned with application and don't want to understand the formula, just replace the bolded parts with your own time dimension and your own measure. 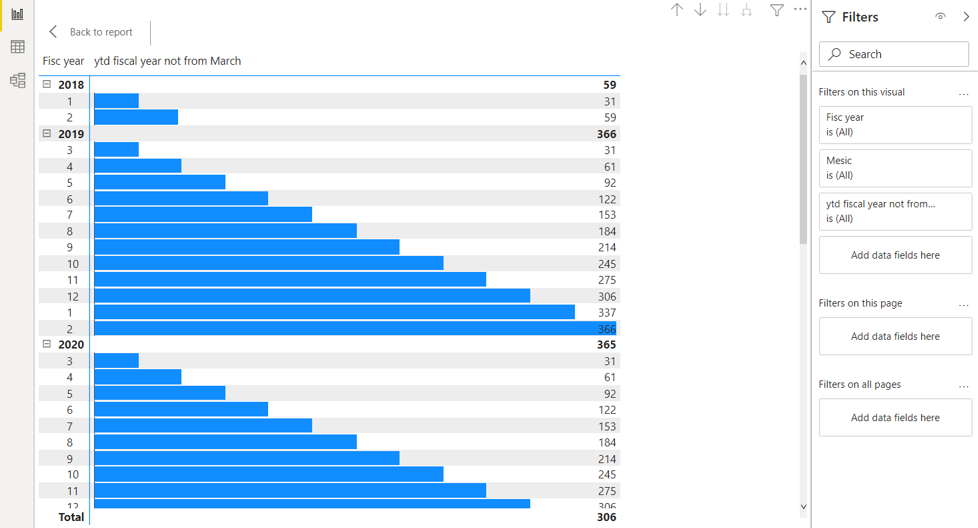